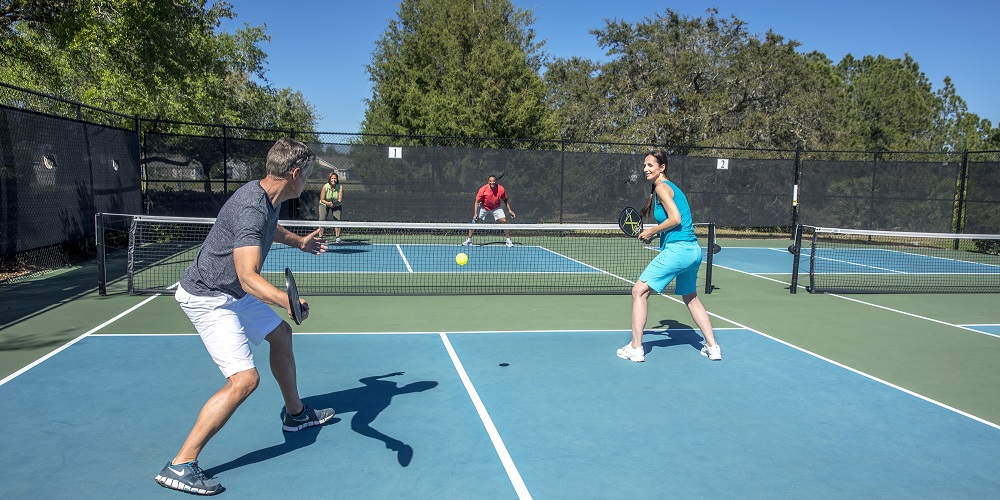 Kolter Homes – a leader in developing next-generation, highly-amenitized, master-planned active adult communities in the Southeastern U.S. – is excited to announce plans for a 30+ court pickleball facility at Cresswind Georgia at Twin Lakes. This new 55+ community is currently under development in historic Hoschton, just north of charming Braselton, Georgia.

Kolter Homes plans to open the new home community for sale this coming spring. One of the community’s leading features is what the company estimates to be the largest private pickleball complex in the state, capable of hosting major tournaments and events.

“The last 10 years has seen pickleball explode as a highly demanded outdoor amenity by residents in our 55+ communities,” Kolter Homes Director of Lifestyle Mark LaClaire said. “At our communities across the Southeast, Pickleball is typically one of the largest and most active resident clubs.

“This is exactly the type of active adult experience that the Cresswind lifestyle brand is providing our residents. Fitness, Nutrition, Relationships: a recipe to live better…longer,” LaClaire said.

Earlier this month, Kolter Homes opened a new 27-court pickleball center at PGA Village Verano in Port St. Lucie, Florida, that serves residents of the community’s Cresswind neighborhood. That facility is estimated to be the largest private pickleball facility in South Florida, and in December will host the inaugural World Pickleball Open, a USA Pickleball Association sanctioned event.

Pickleball continues to grow in popularity because it allows for greater social interaction with more players on the court and more matches. One needs to look no further than other Atlanta-area Cresswind communities – Cresswind at Lake Lanier in Gainesville and Cresswind Peachtree City – by Kolter Homes to see that in action.

“Pickleball is the fastest-growing sport in the country,” Cresswind at Lake Lanier Pickleball Club President Amy Pike said. “When I started my 2-year term as president, there were about 100 players in the club that participated in one league, one annual tournament and two novice clinics.

“As Cresswind at Lake Lanier nears completion, there are now 275 members that participate in five to seven annual tournaments, two full leagues in the fall and spring, a Monday night drop-in league in the summer and frequent clinics and social events.

“What I like about it is even if you don’t move very well (we’re talking about people ages 55+ that have had knee and hip replacements) you can still get out and play pickleball,” Pike said. “The game itself is also very social. It just has a different feel and vibe than tennis does. Tennis has an elite air to it while pickleball is more relaxed and allows for more casual, social interaction.”

To learn more about pickleball at Cresswind Georgia at Twin Lakes, visit www.KolterHomes.com/new-homes/active-adult-community-cresswind-georgia/lifestyle/pickleball-center.